When Light Jockey was retired, I was left with a lot of unused code for an OpenGL blur engine. I didn’t really know what to do with it. I didn’t want to make anything super complicated, and thought that a chain reaction style game could be fun. So I created Rubehouse. It was named after my then-girlfriend’s dog Ruby (and pronounced with the same inflection as Peter Griffin saying “Roadhouse”).

If you’ve played any chain reaction game, there are no surprises here. Tap the screen and try to set off a chain reaction that destroys as many little sperm-looking things as possible. 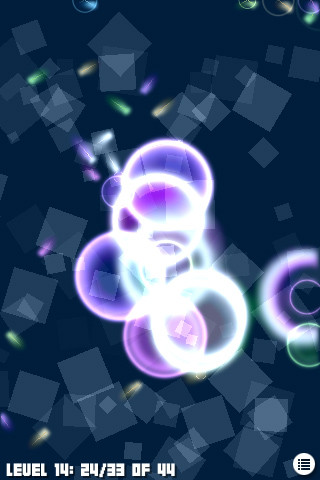 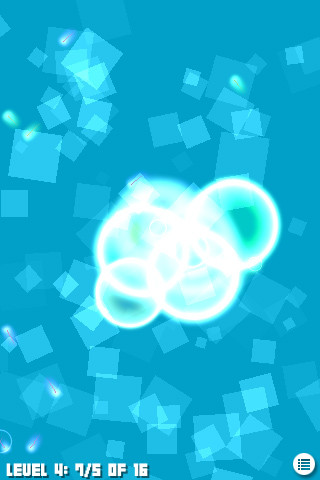 The game was originally released before the iPhone 3GS existed. On the 3G, with the old phone’s graphics chip/driver, the game was beautiful. The 3GS (and newer) phones used slightly different internals that broke the blur engine. The blurring became way less colorful and interesting, but in this weird subtle way that I could never trace down in the code (mainly because OpenGL is a nightmare to debug at that level). 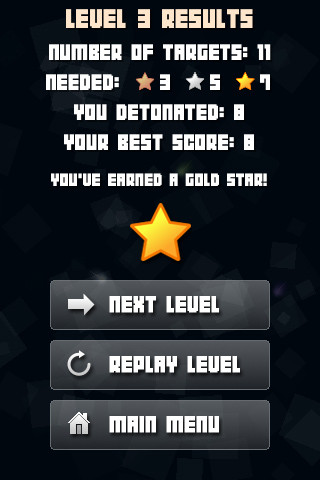 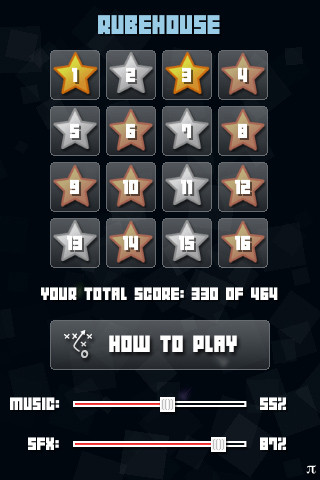 Rubehouse is still available on the app store for both iPhone and iPad.