In 2010, Minecraft was exploding. It was getting huge on Reddit, and I took notice. I played for a bit, and it entertained me for about three weeks.

At some point it occurred to me that nothing showed up in the App Store if you searched for the term “minecraft”. This seemed like a huge missed opportunity. I wanted to capitalize on it as quickly as possible and made a day/night timer that you could sync to your game (this was before the watch was an in-game feature).

It took me about 12 hours to make. I wanted it to look classy and themed, not like the crappy stopwatch-looking Android apps that were out at the time. I think the result was good, and even though it’s useless now (because of the in-game watch), it’s kind of pretty to look at.

It got tons of one-star reviews. I think people expected it to be an actual game, since, you know, they didn’t read the description of the app that clearly explains it’s just a timer. 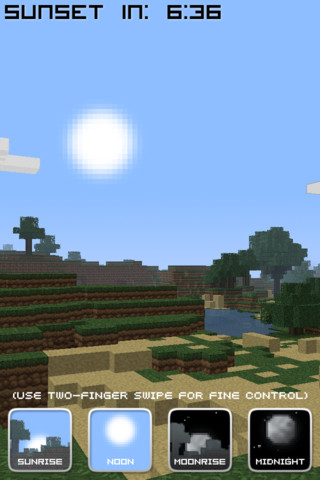 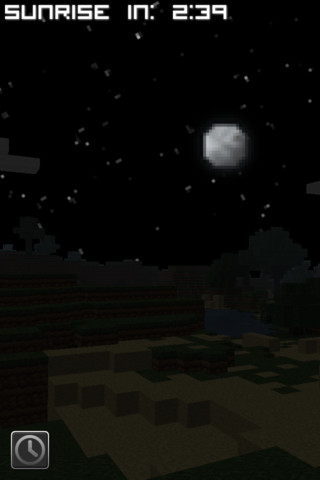 I charged a dollar for it when it was released. I made bank during the first month, because it was the only app that came back for the search term “minecraft”. I was such a genius! Sales tapered when free alternatives started popping up.

At some point, Mojang sent me a cease and desist because apparently they don’t like people charging for things that use their brand. ¯\_(ツ)_/¯

It's not on the app store anymore. The source is available on my github.