I stumbled across 2048 while browsing r/programming. It was a pretty simple game that was getting traction, and I thought it would fun to make a similar game on the iPhone.

I decided it would be a good time to experiment with the new iOS 7 sliding animations and CAShapeLayer path animations. Instead of numbers, I was going to make the squares be polygons that mutated into other polygons.

Halfway through development I got that sinking feeling that the game I was making sucked. I arcadified it and gave it a real-time tetris-like goal in which you need to keep the board from filling up. I got impatient and started throwing spaghetti code everywhere.

I felt that the game was too easy/boring with just polygons. I put in ice blocks (that couldn’t merge) and bombs (to help you clear ice blocks). This also let me experiment with CAEmitterLayer stuff for bomb smoke. 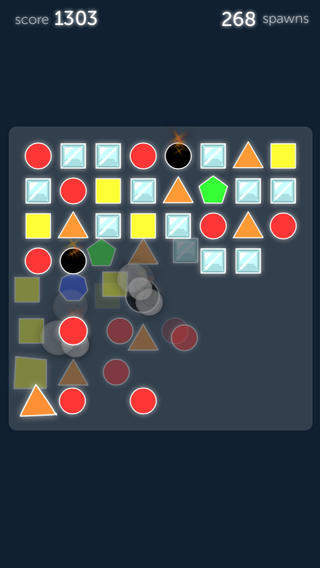 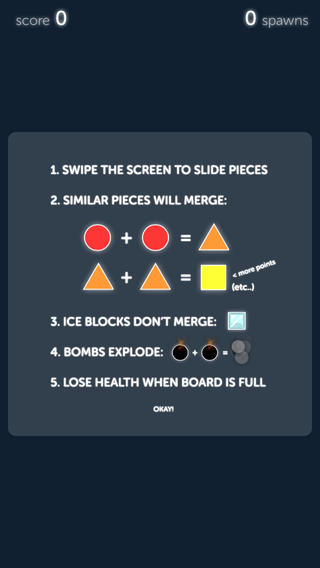 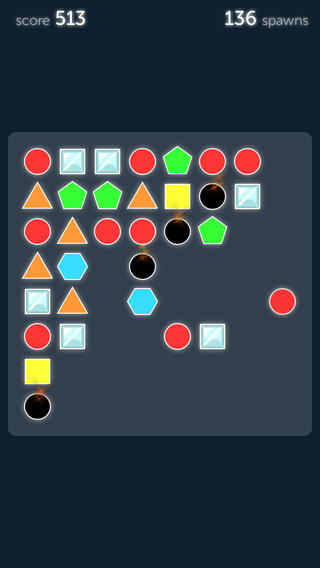