One day in 2003, my train of though ended up at my days at Berkeley and how my housemates and I would split our bills. There were eight of us living in one apartment, and whenever any of us would buy something like groceries, or pay a utility bill, we would give the receipt to Albert. At the end of the month, he would perform some wondrous magic spell and tell us all how much we owed each other.

So I got to thinking how it would be cool if he could put up all the billing information on some dinky website so that it was easily accessible and formatted neatly.

Then, I thought it would be cool if there was a web app that let him enter in bill amounts and automatically figure out how much each person owed to the group.

Then came this total epiphany moment where I decided to make this web app available to the public. It would be such a useful tool for anyone living with other people and had to share bills… everyone was going to use it! I was really excited. Somehow I was going to make billions of dollars with this. I even thought of an awesome name for it: grouptab.com. 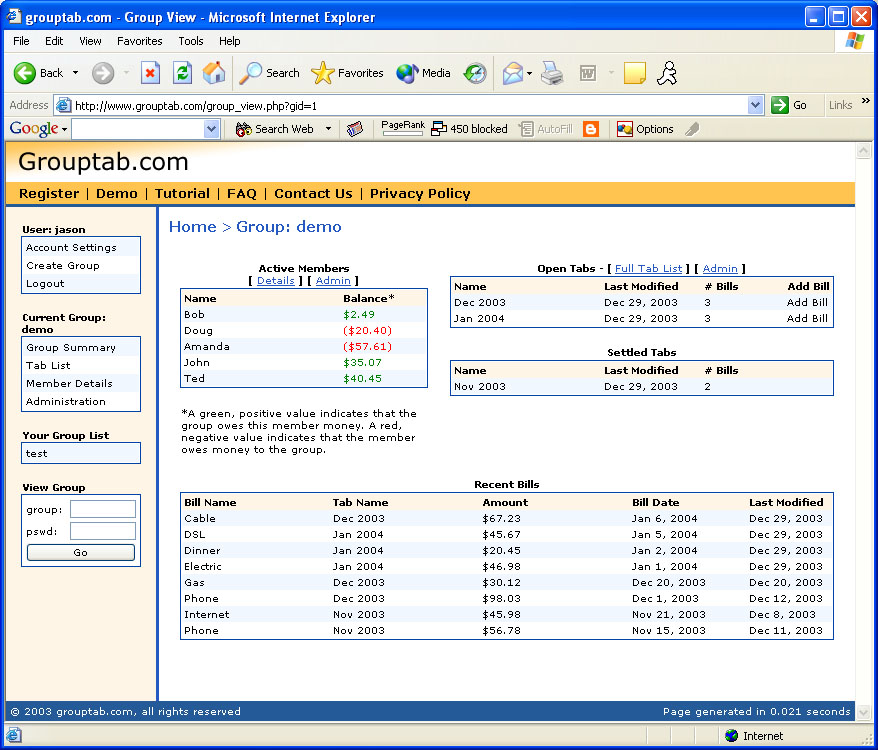 So after about a month of post-work-hours programming, grouptab.com was ready for public consumption. On the hunt for somewhere to post advertisements, I came across roommates.com. I looked in their resources section, and to my shock and horror I see a link named buddybills.com. “Oh dear god,” I thought, “please do not let this be what i think it is.”

God did not hear my plea, and my dreams of being the first to monopolize the bill-sharing web app market were dashed.

grouptab.com was written in PHP, and used a MySQL database behind the scenes. It was my first attempt at a real account-based site w/ sessions and complicated dynamic table generation. It looks painfully dated.