After The Underground Caverns, I was king of the world. I could make anything. I needed a new challenge, a new program to write over summer vacation.

The divine inspiration for my next masterpiece came at David Frank’s house. Again, having no creativity of my own, I resorted to copying a cool board game that we would play. The basic gameplay of F-15 consists of flying your planes over the “radar” board and shooting down the other player’s planes using dice and missiles. Hey, it was fun back then.

This game was also written in Pascal and the source is pretty crazy/unreadable. Not to mention the fact that I never got around to implementing a quit feature, so execute the program at your own risk. 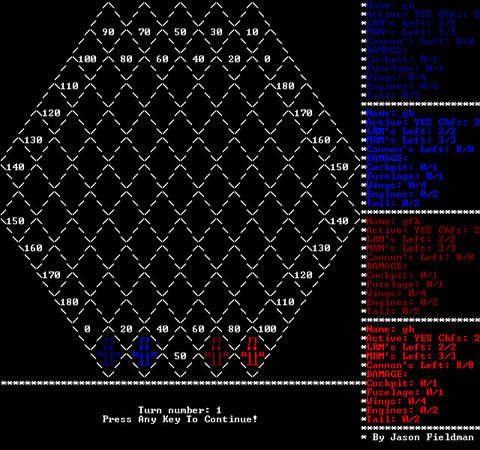 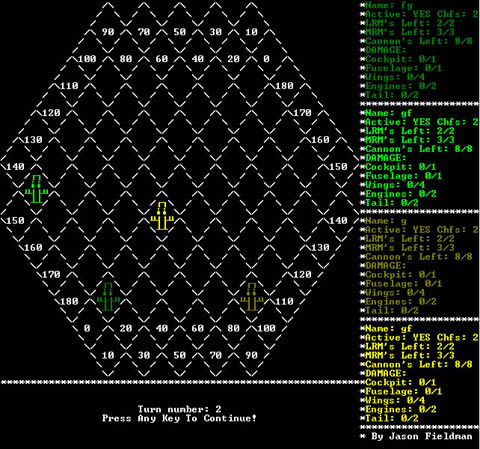