I started developing iPhone apps during the summer of 2008, pretty soon after the SDK was released to the public. I got my hands on a Macbook Pro and spent every evening pouring over sample code and documentation. After a month or so I was capable enough to brute force functioning apps and wanted to get something in the store.

I thought a word game would be a good start, and stumbled upon this online cryptogram site that looked like it could make a good transition to the iPhone. I contacted the Puzzle Baron, agreed to royalties for using his brand and puzzles, and set about creating the app.

I don’t think I even knew that buttons could be anything other than rounded rectangles, so I went with the whole rounded rectangle design aesthetic. The result was… a bit spartan. As this was really a learning app, I made a lot of silly design mistakes. For example, the entire main game engine is rendered with CoreGraphics rather than just drawing a bunch of images. Who knows why I thought that was a good idea. 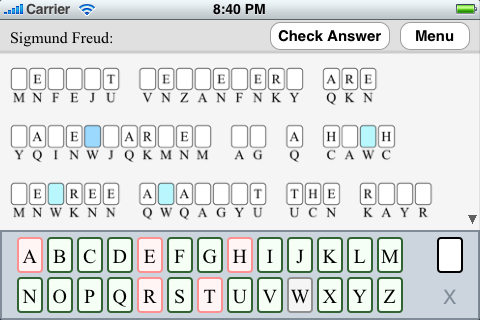 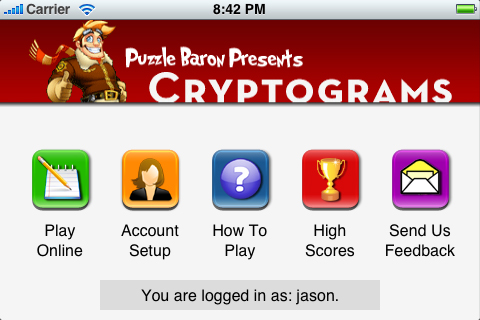 This was also before the days of Game Center, and we wanted to have a centralized player statistics and achievement system. I ended up coding an entire Game Center-ish system in PHP/MySQL to keep track of everyone’s game stats and medals. 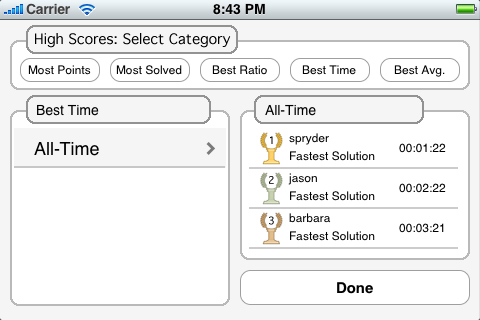 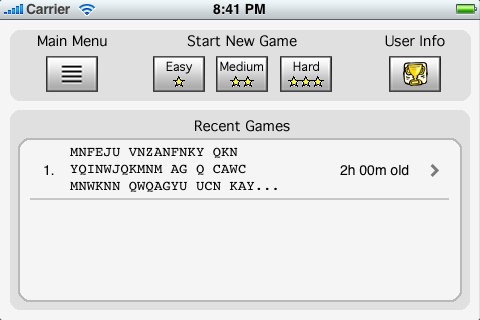 Cryptograms isn’t on the app store anymore. It’s antiquated, and the Puzzle Baron decided to release a new suite of games (thus replacing my old version of cryptograms). I don’t blame him.