I’ve always been attracted to the force of thousands of anonymous users shaping the outcome of something online. Chessvote.com was my attempt at bringing this force to the chess world.

Chessvote.com keeps track of several simultaneous chess matches. Move timers are generally a few hours long. During that time, anyone can vote for the move they think should be made. Once the timer is up, the move with the most votes is performed. 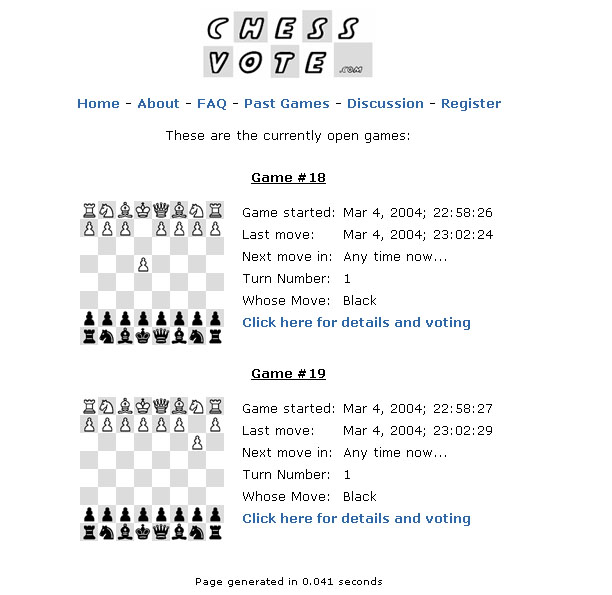 I think it would be really interesting to see the kind of matches that evolve when the internet plays against itself.

Chessvote.com has been deactivated. There was never much activity, and the code has not survived my server relocations.

Like most of my other web stuff, it’s written in PHP. Writing a chess engine is a little more involved than i had originally thought. 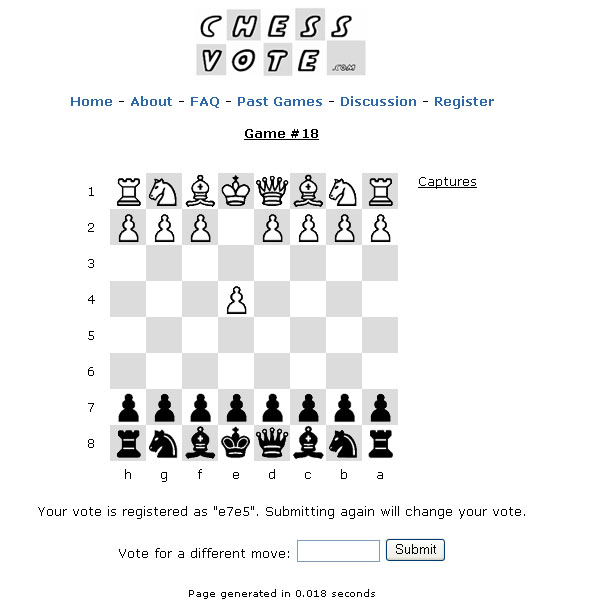